Life as the Chairman of Asset Our association has seven departments with each their own full-time board resulting in 38 full-time board members within Asset. The chairmen of these departments take place in the Asset board, where I am the chairman of, also full-time. The chairmen of departments spend 50% of their time on Asset and 50% of their time on their department. Since I am not a part of a department board, I can be seen as the independent chairman of the association. Saying it like this, makes it sound like you are on your own. At the time of writing this (December 2021) I have yet to experience the feeling of being alone since the opposite turned out to be true.

On this page, I will take you along with my function to show what the chairman of Asset does during the year. New information will be added from time to time to give a clear view. First, I will start with telling something about myself.

My name is Ilayda and originally I come from Eindhoven. I started studying BSc Business Economics (Bedrijfseconomie) in Tilburg in 2017-2018. I immediately became a passive member of Asset for the great discounts. During the year I attended multiple activities for Business Economics students which made me become interested in being an active member. In 2018-2019 I became active at the department Asset | Strategy & Logistics. In 2020-2021 I became also active at Asset | International Business & Management. Being a part of multiple committees caused me to look more seriously at a board year since I was already spending so much time on Asset. Towards the end of the academic year I took concrete steps to make that true, namely my application to become chairman of Asset.

I was still writing my master thesis when I had been accepted for the position of chairman, this way I could keep my application under the radar. Since I have been a member of Asset for a long time and made many friends here, I wanted to surprise my friends during the announcement. After I handed in my thesis, my conveyance immediately began and our weekly board meetings on Tuesday with all the chairmen started. Joshua, my predecessor, made sure that I read everything to know the ins and outs of Asset but also made sure that I would get to know every board member within Asset. During the summer, I went on a lot of board dates, announcements, constitution drinks within Asset but also with associations that Asset has close ties with resulting in 14 board dates, more than 20 announcements/constitution drinks and multiple informal events of departments. As other chairmen of Asset also said before, this period was one of the best months in my board year even though having a regular sleep schedule was not possible. During the summer period we also had our announcement with the Asset board. Before the announcement we had a day full of activities where we bonded as newbies. Up till today, we still talk about that day and how fun it was. 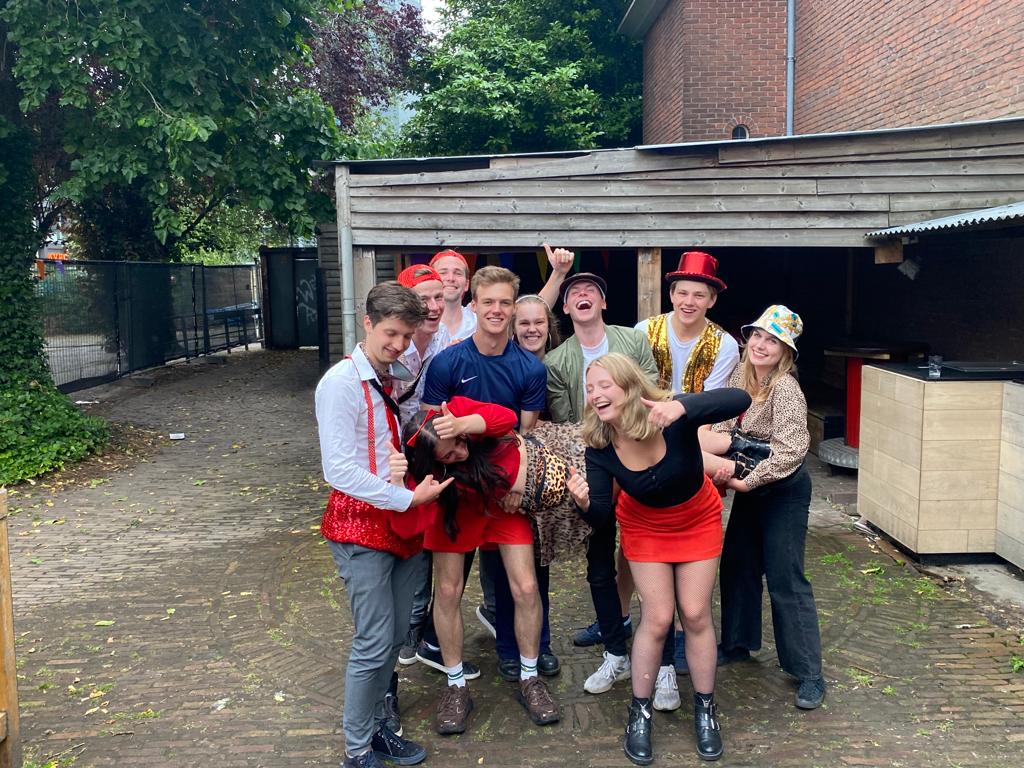 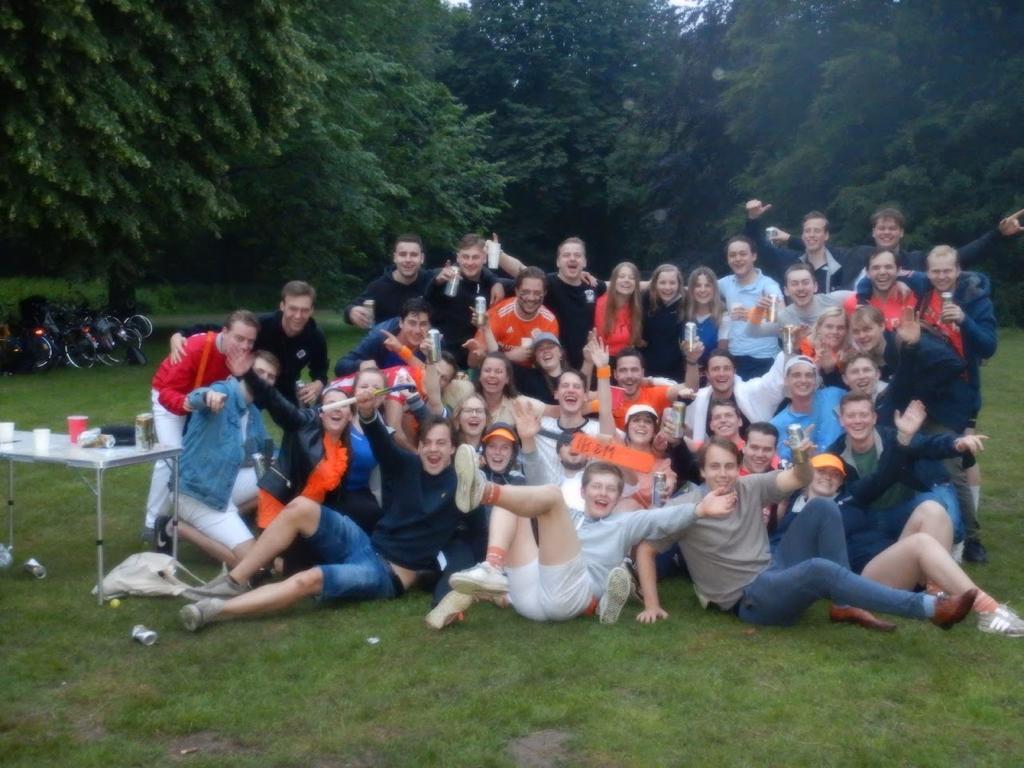 September is the month where Joshua was discharged and I became the chairman of Asset officially. During this month you finish the policy that you are going to pursue during your year, have your first general member’s meeting (GMM), go to department member’s meetings (DMM), go to a lot of constitution drinks and learn to do it on your own. It can be a little overwhelming since your predecessors will say that you need to figure it out on your own. Of course they are there to give you advice, but you have to make the decisions because there is no one else to do that anymore. This was outside my comfort zone, however this was also the month where I learned the most. I liked doing everything myself, but after a month of doing that you learn that it is not possible to do that for a whole year. You also learn how to prioritize, since you can not be everywhere at the same time. Looking back at my agenda in September, I wonder how I managed to survive the month haha. All jokes aside, I got all my energy by attending everything because everytime it got more and more fun. In September we also had our first board informal. 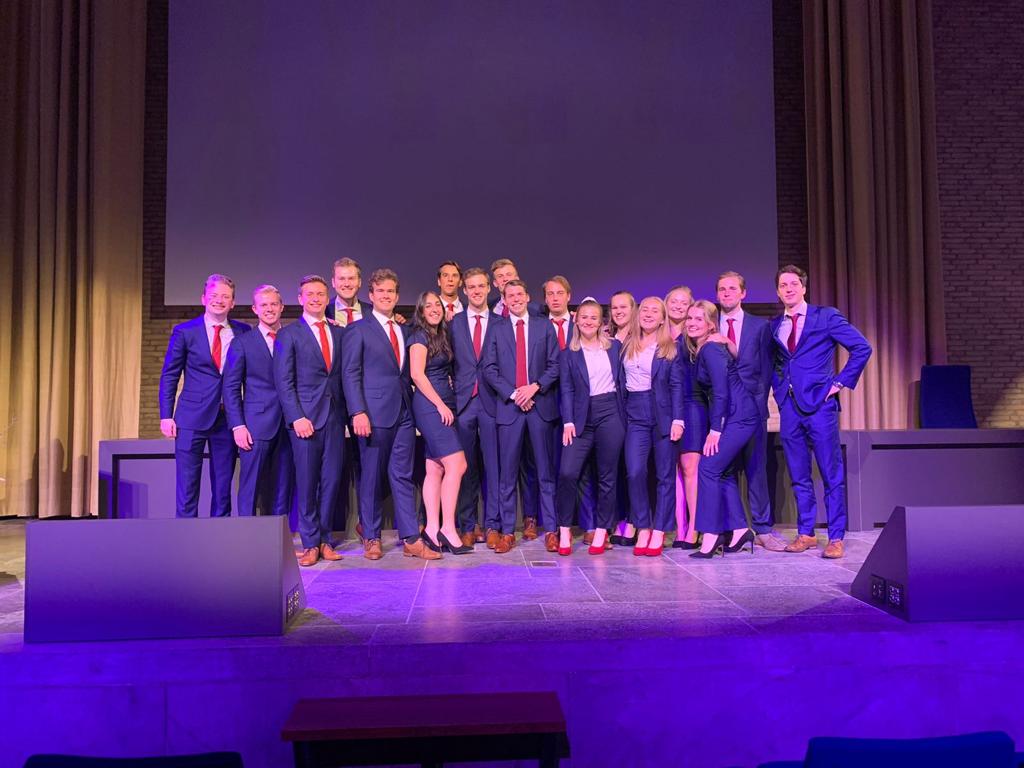 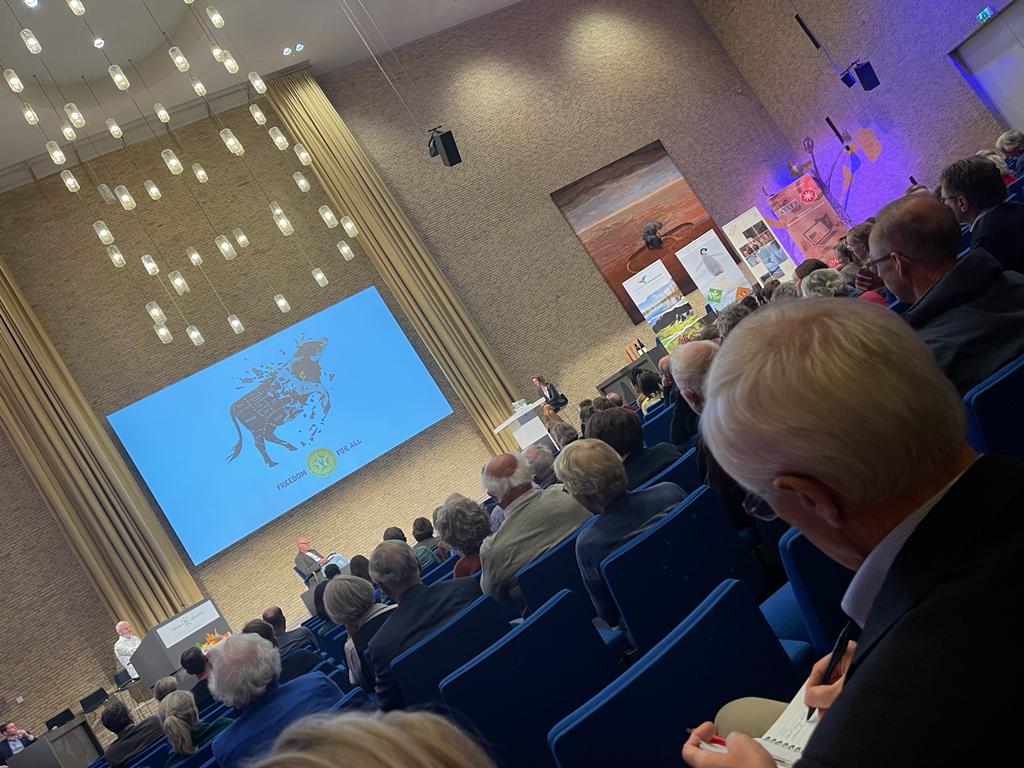 After a hectic month, October is the month that the business operations really start going. You have to represent Asset towards external parties and stakeholders such as the University, the faculty, other associations in Tilburg and other associations in the country. Regular meetings are:

Next to these regular meetings, you will start talking with other associations by a coffee to see how you can cooperate with them. In all these meetings and coffee talks you represent Asset as discussed with your board. You are the voice of the association and will be seen as the person who is in charge. However, it is very important to have support from your board since we have a democratic structure. To represent the association at its best, I attended a media training organized by the University together with other study and student associations to learn how to react to media attention.

October is also a month full of informal and formal events of the departments which you are free to attend since you are an active member of every department! Also, in my year we had the Tilburg University Cantus (TUC) which is normally held in September. 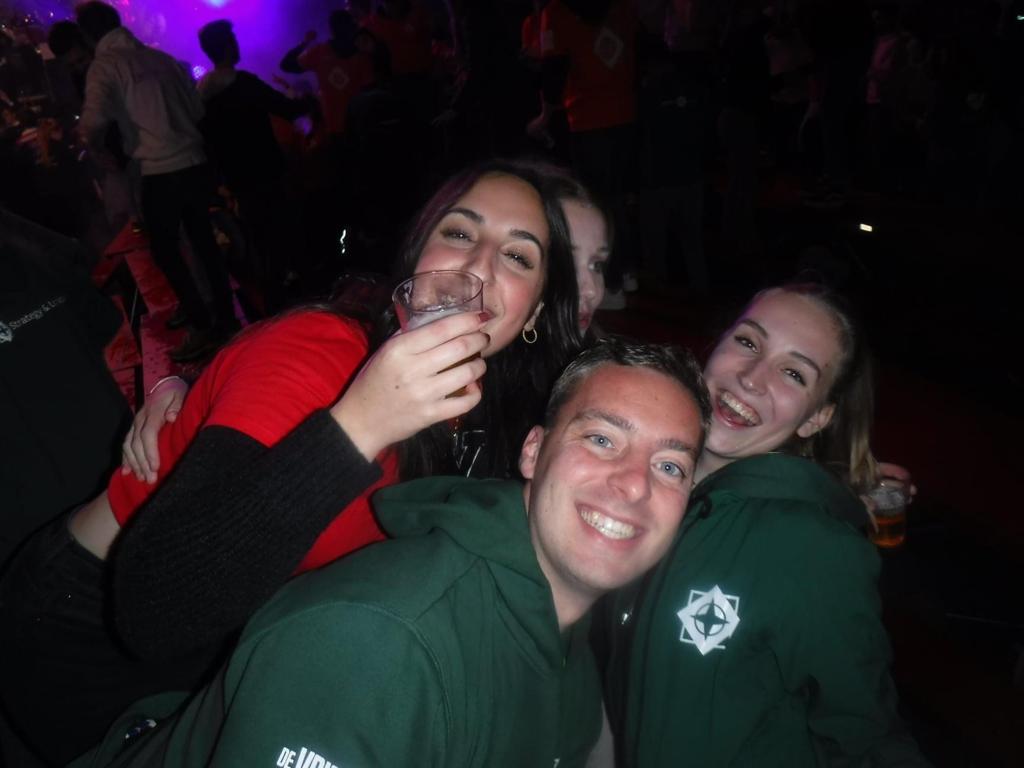 November started with our Halloween party in Asset Cafe. A couple days later our biggest active members event (390  active members), Centraal Overleg der Economen (COdE) took place. This is our most known cantus at Vidar where the departments, EBT, MAK & Smeetskring are also present. Every COdE starts with a moment of fame for the chairman, me, namely an ‘adtje kan’. You will train the whole summer to achieve this, but I bet my successor cannot beat me.

In november we also went to the constitution drink of our sister association in Rotterdam. We receive a lot of invites for constitution drinks in other cities. Unfortunately, this year a lot of the drinks were simultaneously with our own drinks which is why we couldn’t attend everything. Another big informal activity was Asset | Economics’ 11/11 party open for everyone. This way other associations could also attend the event.

Besides all these informal activities and many more, November was also the month that we had a meeting with the Advisory Council. At the end of November you start rethinking your policy and start writing the semi-annual report for the second general member’s meeting in February. 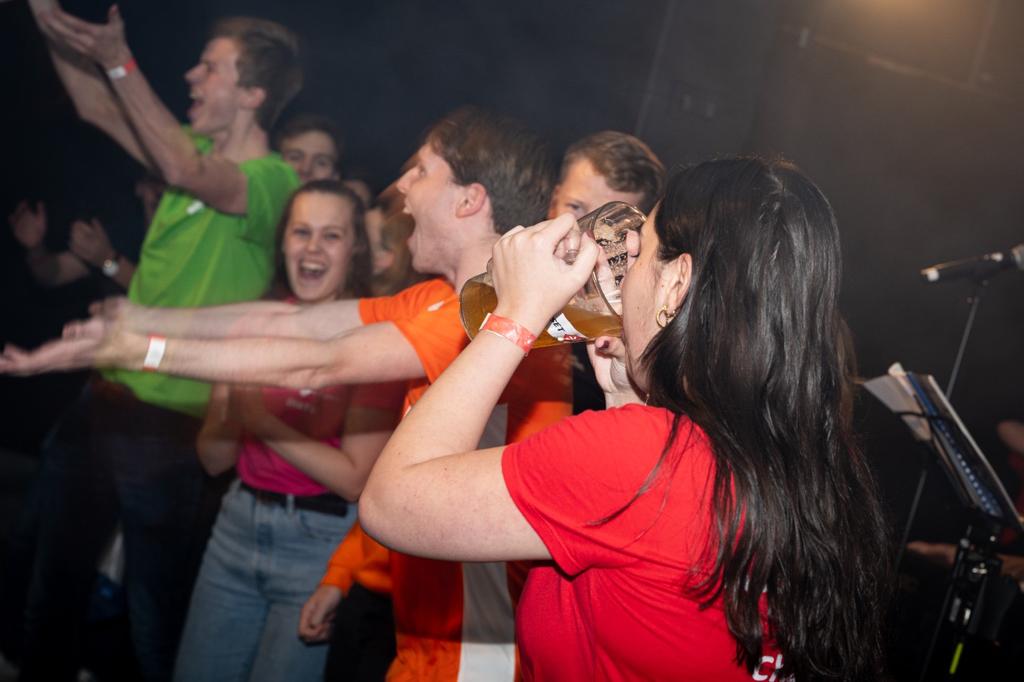 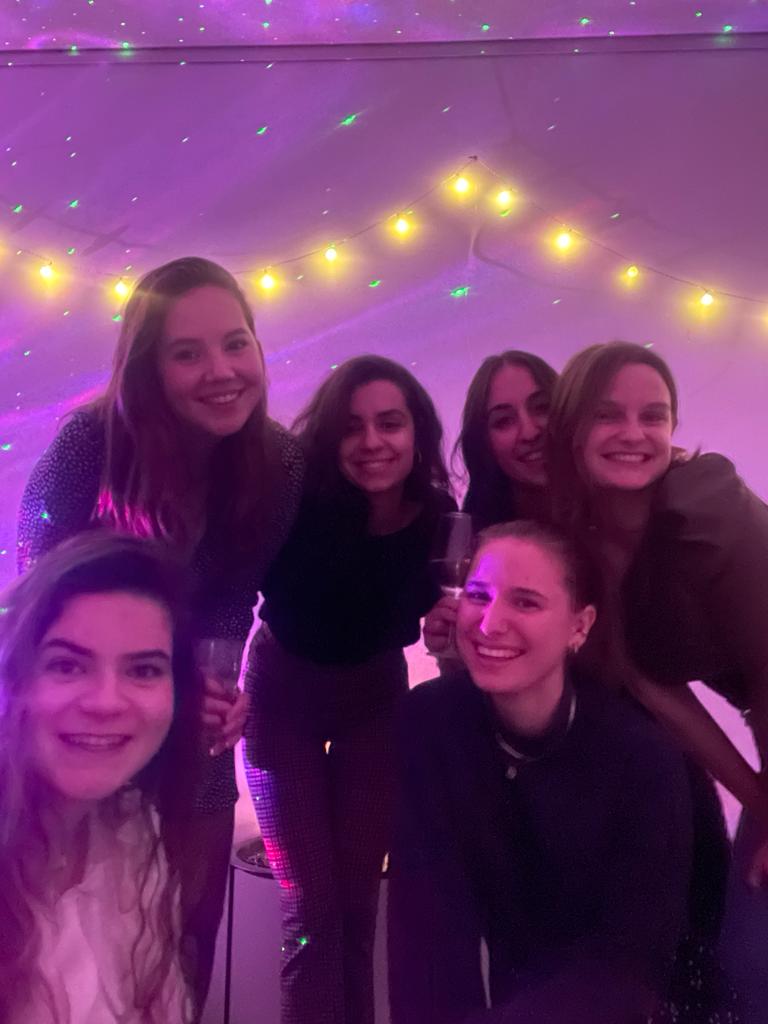 At the end of November and beginning of December the Covid-19 measures got much more stricter again. This meant that we had to have a lot of strategy meetings with the General Board in regard to how to run the association, if members are allowed at the office and even if we as board members are allowed at the office. We needed to make tough decisions such as banning members from visiting the office. These kinds of decisions will never be received happily. Therefore, people management becomes important since you have to convince many people why the decision has been made and why it is necessary.

Even though we had to deal with Covid-19, we were able to organize activities for our members but also for our boardies. In December we had our second all boardies activity in small groups. All boardies activities are the perfect way to connect with board members from other departments. I also had an activity with all the vice-chairmen within Asset. Every faculty wide organ regularly has an informal which you can attend as the chairman of Asset.

During Christmas you have a two week break. It is very important to take the break since the second semester will require a lot of energy. After the Christmas break, the annual Asset ski-trip took place for the first time since 2020. With a group of 40 people we went to Austria. Active and passive members from multiple departments attended the ski-trip, which resulted in a group of people that still hangs out regularly. Personally, the ski-trip is definitely one of my highlights this year. 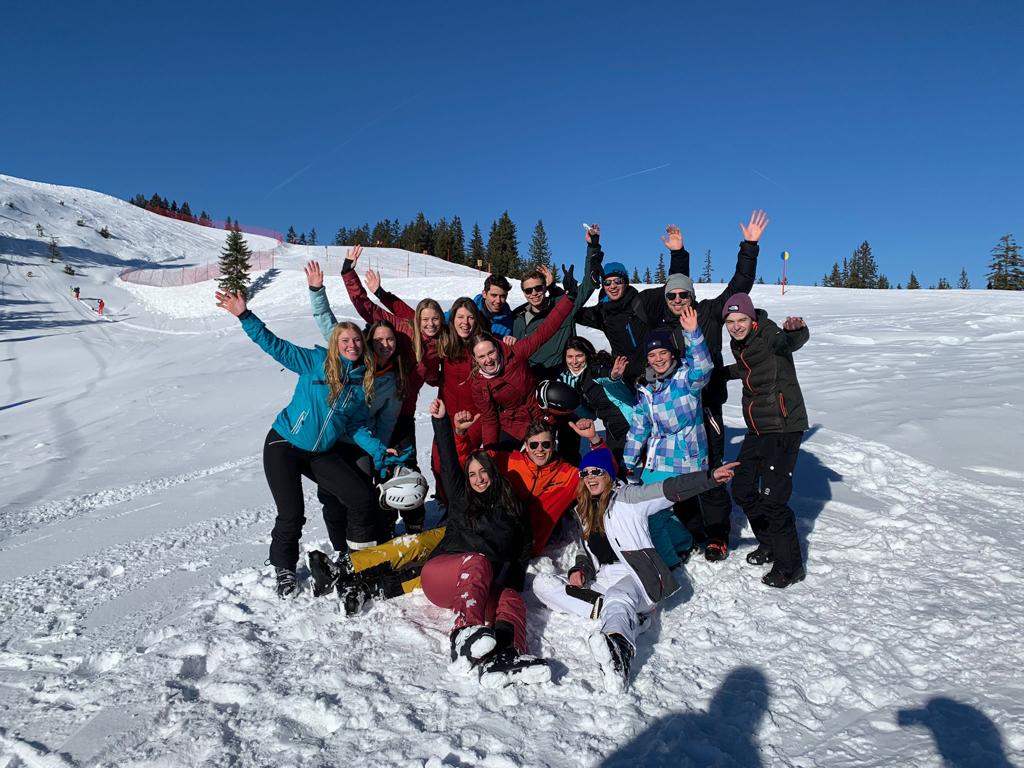 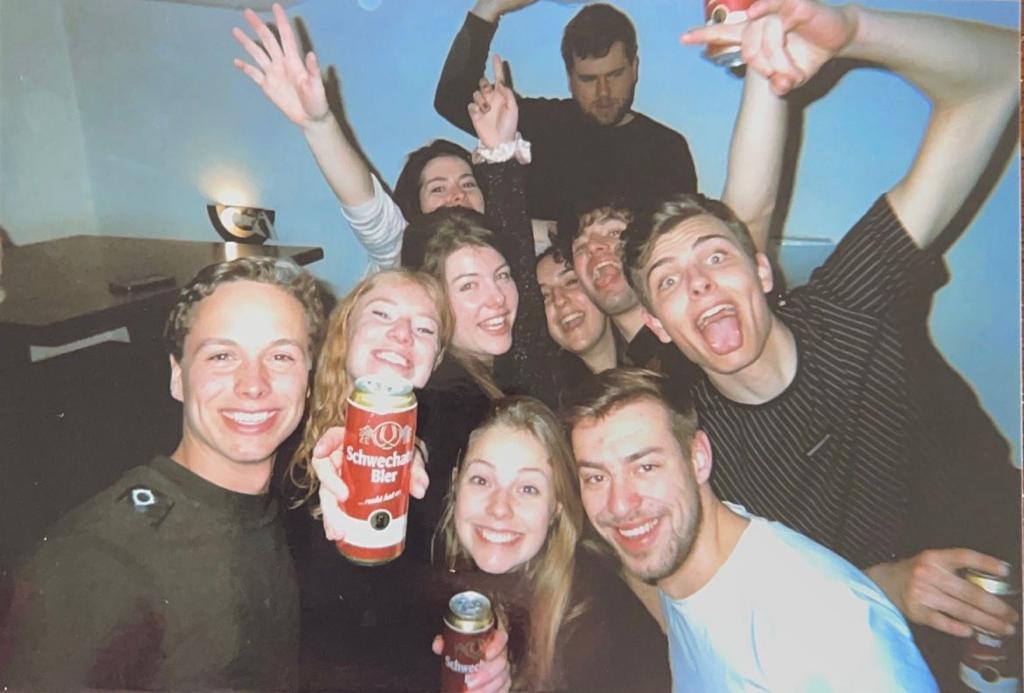 In February the second GMM of the year was held. Together with the treasurer of Asset we gave an update about the first semester policy wise but also financially. This time we choose to hold the GMM online. After the GMM we met with some members at Asset Cafe. In February we also had the third all boardies activity. This time we went to Breda for a beer tasting and went once again back to Asset Cafe. The highlight of this month was definitely the Asset pre-carnaval party. With over 500 registrations, we hosted the most successful edition of our annual Asset pre-carnaval party.

Next to all the informal activities, the formal part of the job remained busy. Together with the big study associations and student associations we started to plan the Awareness Week. During the Awareness Week, which will take place in May, we will create awareness around social security by promotion but also by activities such as the second self defense class organized by Asset in collaboration with FOSST. 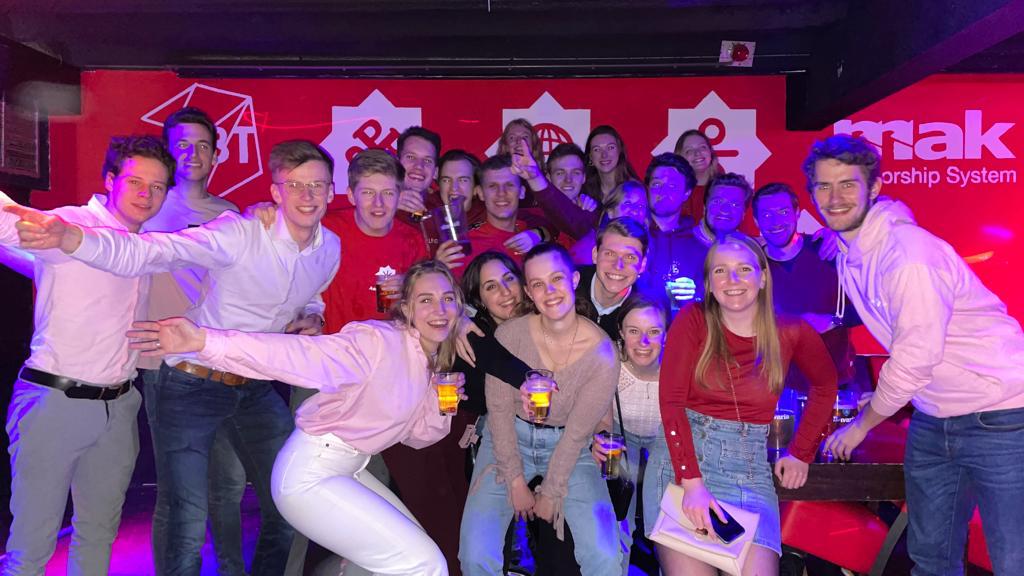 As mentioned earlier, you have many regular meetings as the chairman of Asset. This brings the formal side and the informal side of the job in balance. In March we talked many times with the vice-dean of education and TiSEM Career Services about ways to help students at TiSEM. Also preparations for the Economic Business weeks Tilburg (EBT) started. Your job as a board member is to help the EBT by for example handing out flyers and posters together with all the other Asset boardies.

In March we had the Etiquettediner with some board members organized by Serve the City and Fractie Front. The goal of this dinner is to raise money for charity. During this dinner the executive board of Tilburg University is also present, which is a great opportunity to chat in an informal setting. Other activities in March were the second COdE cantus and lustrum gala of Asset | Strategy & Logistics. 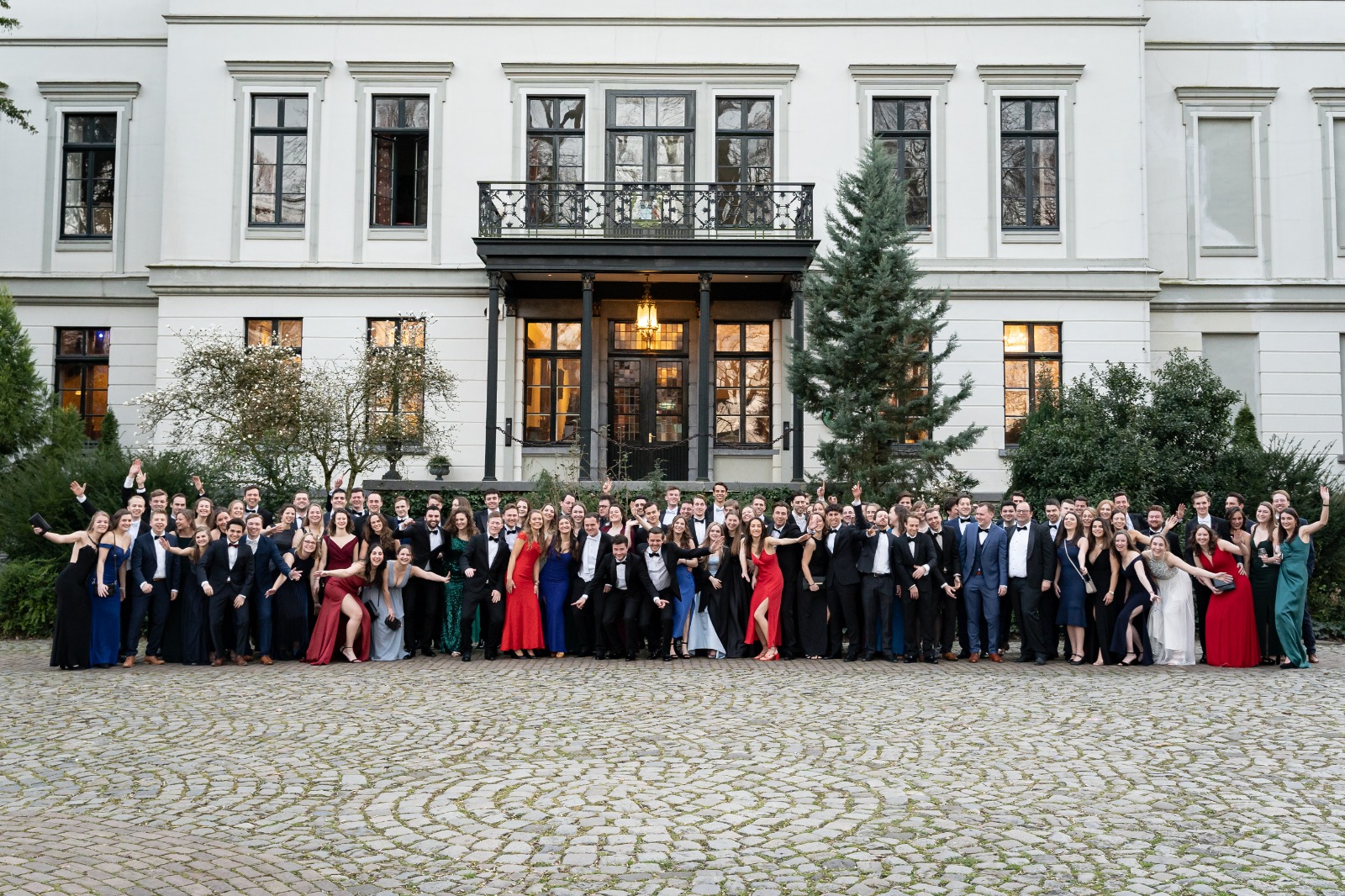 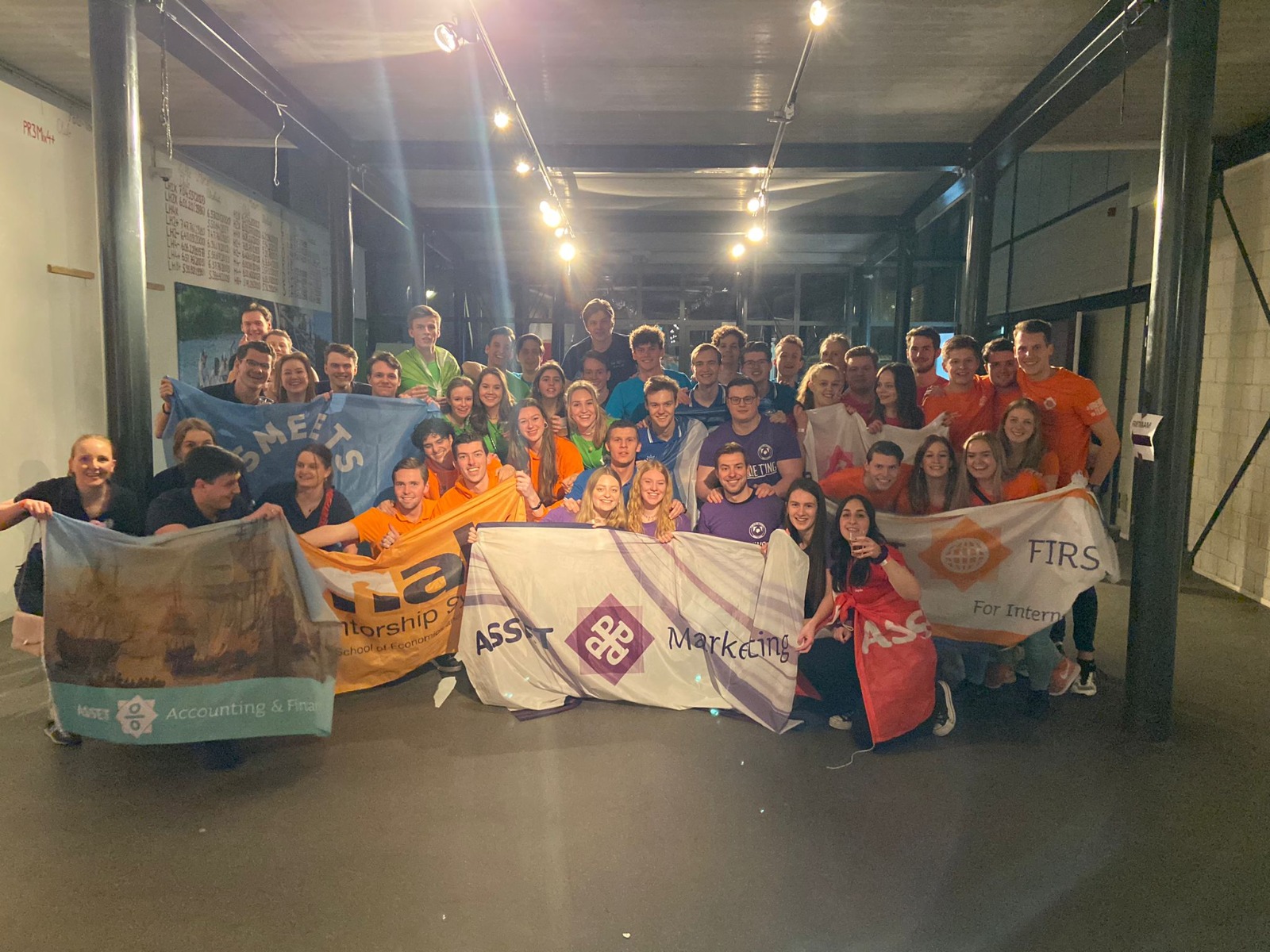 If you have any questions concerning the function chairman of Asset. Don't hesitate to contact me! Send me an email to [email protected]

To offer you a better and more personal experience on our website, we use cookies and similar techniques. By use of these cookies your surfing behavior on our website can be monitored by us and certain third parties.